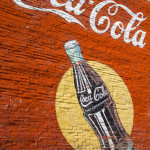 I’m reading Joyce Carol Oates’ latest novel The Accursed which is set in Princeton in the early 1900s. (Harper Collins, 2013). Some people find her work very dark. It is dark and I love it. It’s real.

I was taken with her description of the then President of Princeton University Woodrow Wilson (who went on to become President Wilson). A man of delicate physical (and emotional) condition, Wilson used several “palliative medications” to steady his nerves. “One of Woodrow’s medications was the morphine-laced Mrs. Wycroff’s Soothing Syrup; another McCormick’s Glyco-Heroin Throat Lozenges; yet another Boehringer and Soehne’s Antiseptique, with its high quotient of opium. Wilson was also somewhat addicted to…” and the list goes on (pp.30-31).

Long before our time, many “over-the-counter” and easily obtained prescription medications contained highly addictive narcotics. Even Coca-cola had traces of the key ingredient in cocaine. Taking these medications was not particularly frowned upon, although Wilson is warned by his doctor that these medications used “to steady his nerves might soon have a ‘reverse’ effect.” (p. 30).

Long story short – Wilson was an addict and one can only wonder how that affected his judgement. Not in a positive way I imagine.

Jump more than a century forward to the present day. We may have banned these narcotics in our soda, throat lozenges. calmatives and other medications but we’ve substituted new ones. However, we do have widely available treatments for mental illnesses such as those
Wilson suffered from – including psychotherapy, medications which are non-addictive, a whole slew of mindfulness and body-oriented modalities and so on.

There is help for individuals like Wilson who suffer from depression, anxiety, paranoia and psychosis as he did. Unfortunately, not everyone has either access to these services or is resistant to get help because of shame and the fear of being stigmatized.

Yes it is true that even today it is still difficult for people to either admit they need help or even if they realize it, to get it. Time and money are frequent excuses. However, it is more likely fear that holds them back.