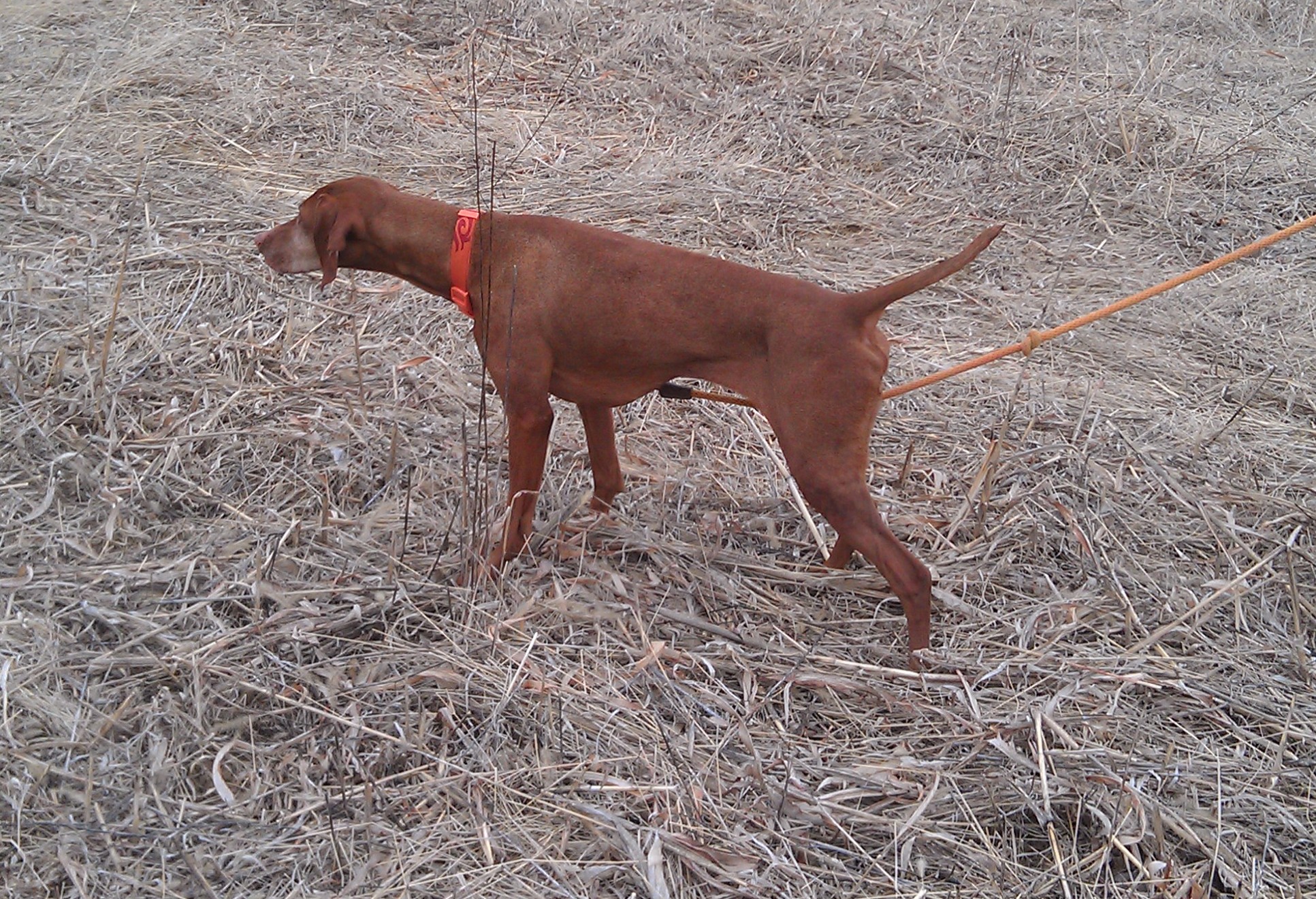 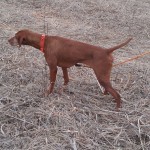 Rumor has it that you can’t teach an old dog new tricks. I’d like to dispel that once and for all. At least, challenge it. The photo is of Irae my Vizsla on point. This is what he does as a bird dog. We just started training with a very skilled trainer, Mike Blanchard.

Irae already has  his Junior Hunter title which he received at the young age of one and a half. I haven’t done much with him in terms of bird work since that time (other priorities). Someone else trained and handled him. This time I decided I wanted to try handling him in the field myself.

When we met with Mike late last Fall, he said Irae needed to learn good manners first. We went to Obedience Class and improved. We’re not perfect, Irae and I. As Mike said  yesterday “Irae has your number.” What he meant was that Irae has learned in the six years we’ve been together exactly how far he can push me before there are consequences.

On birds yesterday, Irae did really well. He’s bred for this type of work and he’s got a very strong drive. Mike was in charge and showed me what Irae and I would need to do in the hunt tests. He also taught me about a British slip lead and how to make sure Irae heeled.

This is somewhat of a challenge for me. I’ve been using the words “with me” instead of heel. Not for any particular reason, just because. That has to go. I also didn’t  have the right technique, manner, lead or attitude.

The new trick for me will be to be the top dog all the time with him. He responds very well to instruction and has a strong desire to please. All I have to do is be consistent and have confidence in myself.

Being top dog goes against my nature, although I do have good leadership skills (that sounds like an oxymoron doesn’t it?). I can take charge when necessary but I’d rather not. As a therapist I assume a quieter position and let my patients take the lead most of the time. Not that I don’t talk – I really do. But it’s their show.

Irae would love to have his Junior Hunter Advanced title and I want to have fun with him. So here goes. I’ll keep you posted. We have our next training session next week.