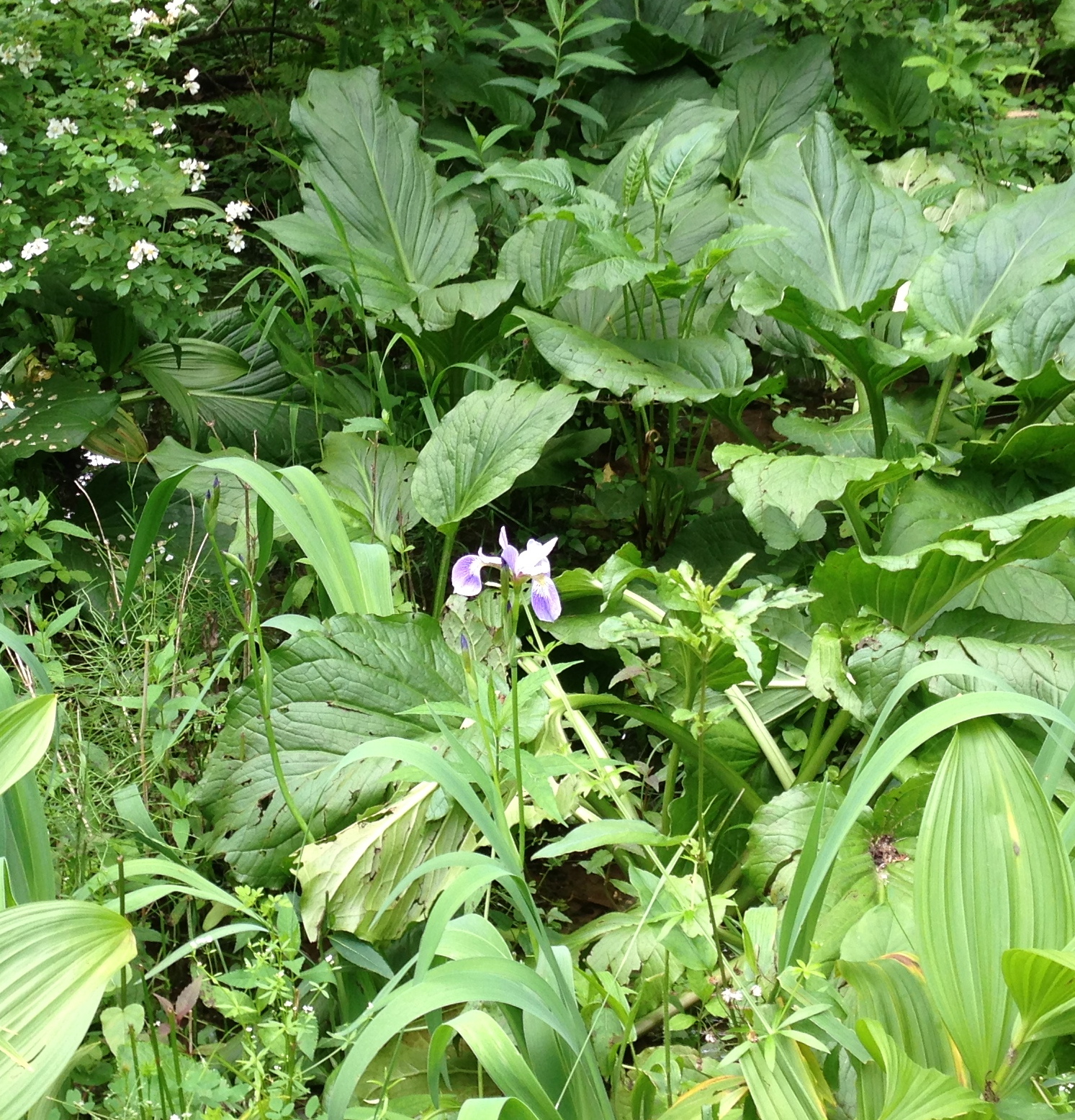 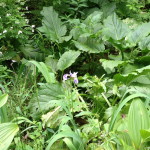 So there I was on a hike in High Point State Park, when I spotted something that looked like an orchid. Upon closer inspection I realized it was an iris, growing in the wild. What a delight to come upon this beautiful, delicate flower that I labor hard to grow in my own garden. I don’t think anyone planted a bulb the previous fall. It was there in its natural habitat.

So there I was on a hike on Lebanon Extension headed towards Chapin Road with Irae who’s running ahead. We spot something crossing from one side of the road to the other. He continues to run forward; I stop and look and say to myself: “This is not good. This animal stopped in the middle of the road. It’s either a skunk or a porcupine.” He is going towards it; I scream “Irae stop!” But not in time. He ends up with ten quills in his chin. I am able to pull out six of them but then he keeps moving his head. I get some help from my handyman and pull out two more. Unfortunately, one remains and I only get part of it out. This results in a trip to the Vet who can’t pull it out either. The choice is either anesthetize him and cut it out or put him on 10 days of antibiotics and let it work itself out (like a splinter). I choose the latter (less invasive and less expensive). 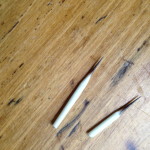 After he gets quilled, we continue our walk. I look up the road and spot a bear running across into the woods. That’s when I decided that we’d had enough and should call it a day.