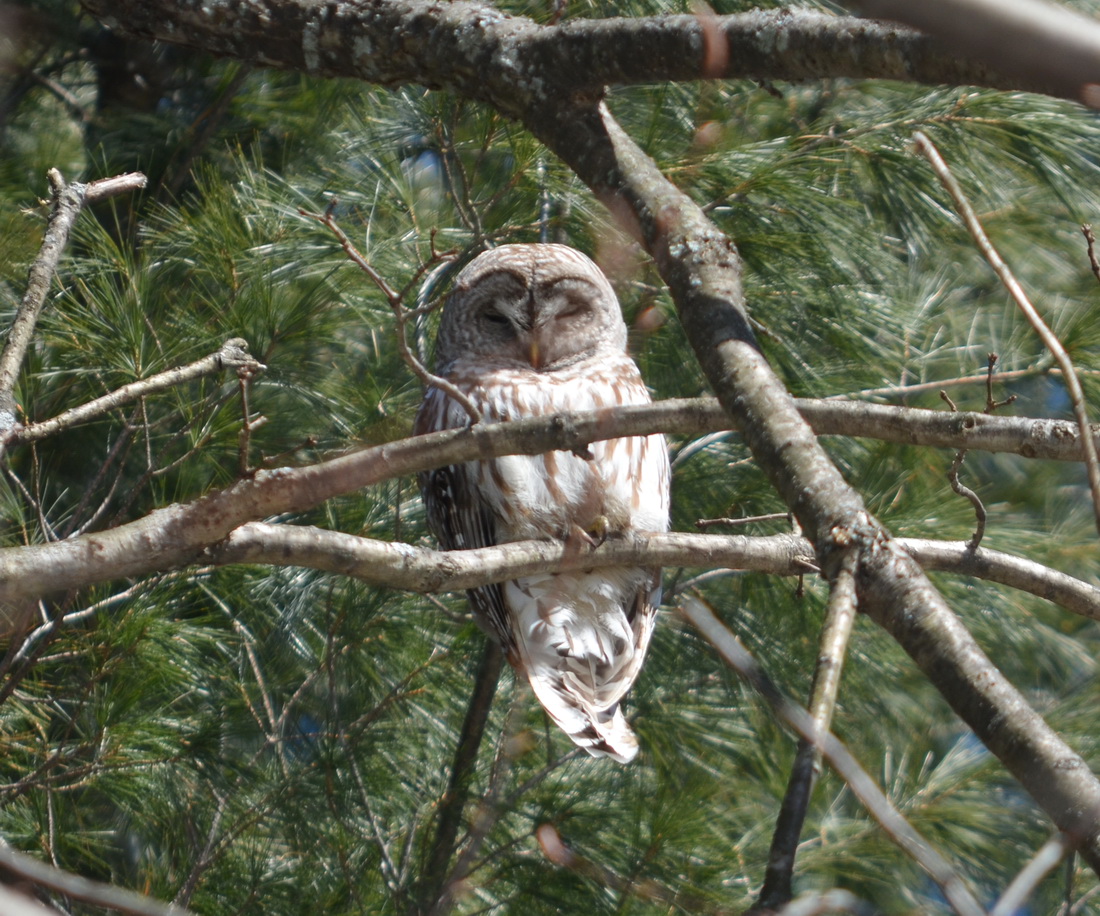 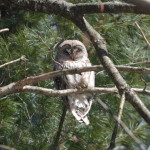 I saw my first owl up at my house about two months ago. Everyone else I know would say “oh yeah, I’ve seen them several times.” They also report frequently seeing black bears and coyotes and rattlesnakes. Not that this is a competition, but I was beginning to feel like these creatures were avoiding me on purpose. To be honest, I have seen a bear or two from a safe distance and once I came upon a rattlesnake just about to make this huge frog his dinner. No coyotes however.

The owl I spotted was just that – a brown spotted owl. He was taking shelter during a particularly stormy night on the L shape of my gutter. I noticed something from inside the house because the sensor light was on. At first I thought was a wasps nest. I was plotting how to get rid of it safely but wanted to check it out further. I went to the spot with my flashlight and a hoodie pulled way down. And low and behold! when I shined the light the owl turned his neck and looked right at me. I greeted him and said he was welcome to stay as long as he liked (he was only there that one time and never came back).

The pictures in this post were taken by my nephew Ben in Amherst, MA. He also lives with 6 puppies and 6 adult dogs whose breed escapes me – something cute, fluffy and small. Ben said he needed to be vigilant lest the owl help himself to one of them for lunch.

So what’s with these owls anyway. They’re mysterious in that they only fly at night. They are predators, hunting food smaller than they are. In certain Native American traditions, they are associated with clairvoyance and magic. They are also symbols of wisdom because they see what others are unable to. The owl is associated with the Greek goddess Athena and with the Yoruba Orisa Obatala.

My excitement upon seeing this owl was the result of seeing its appearance as a gift, perhaps with some sort of message: to be vigilant and mindful of what is not always obvious. As a psychotherapist I am asked to do that on a regular basis. Our unconscious thoughts, feelings and behavior tell more about us than many would care to admit. When we do become aware (in that these thoughts, feelings and behaviors become conscious), it is as though we have had a visit from Owl. 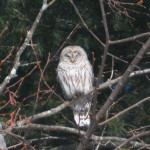