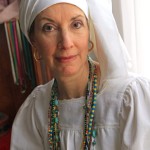 As I embark on an exciting new journey with the goal of ordination as an Interfaith Minister, I look back on my career as a Psychotherapist and recall the reluctance with which I entered the profession. I resisted the repeated encouragement and even enticements of my former therapist and supervisor for years. His feeling was that I’d be really good at it, with my big heart and insight as well as my intelligence and observation skills. He said he’d help me with referrals, always the most important thing in private practice. My previous business had not been going well and in a moment of weakness (?), I agreed to do it.

My reluctance was based on several factors. I was not afraid of being in business for myself. I had been doing that for years. But private practice felt small. Sitting in a room one-on-one or even with a couple or family, even with a fairly busy practice felt like a drop in a very big bucket of those people who needed help with healing. How was this contributing to the greater good, making a contribution to the world, and later, when I became a Yoruba/Lucumi Priest, serving God?

The ways in which I was mandated to serve God have never been entirely clear to me. I was only encouraged to keep up professionally and perhaps combine the psychological and spiritual and develop something new. I was told I was a spiritual worker, but never told what that meant exactly.

God knows I’ve tried to figure that out! Over the years I changed my website to reflect a psychospiritual orientation (and changed it back) done presentations whenever possible, advertised online, written columns for online therapy referral sites as their spirituality topic expert, blogged, started a separate website focused on ancestor work. And thus far, I have to admit that I haven’t really succeeded.

Nor have I been particularly successful as a generalist Psychotherapist, despite all of my training and experience including certifications in Anger Management, Domestic Violence, CBT and so on. Don’t get me wrong, I am gratified by the changes I have helped bring about in the lives of those I’ve worked with and I’m grateful for the people with whom I continue to work.

My decision to attend the seminary is not based on a reaction to failure. It is based on my pursuing what I love. I love to learn and will be given ample opportunity to do so. I want to serve and eventually I will have ample opportunity to do that as well. It is based on my excitement about having the skills to combine the psychological and the spiritual and the recognized credentials to do so.

But still the question remains – what is my work going to look like?

These troubled times are calling for all of us to step up and make a contribution with whatever skills and experience we have to the healing of ourselves and others. As someone who is labeled Caucasian in that artificial construct known as race, do I help white folks explore prejudice and racism? As a Priest who walks with the Seven African Powers, do I counsel and minister to people of color to help them heal from the wounds of racism and learn how to channel their righteous anger in positive ways?

Ultimately, my purpose will be revealed. In the meanwhile, I will do what I can in whatever small way I can to make a positive contribution in these troubled times.